As one of the true seats of ancient civilization, Egypt remains one of the most fascinating places in the world to visit. Unlike many other areas where civilizations sprung up thousands of years ago, Egypt has proven to be incredibly durable, with many of its old buildings and monuments still standing to this day. Frankly, there’s so much to see throughout this almost mystical country it’s hard to narrow down the options. But these are certainly among the five most amazing things to see during a visit.

The Pyramids Of Giza

We’ve all grown used to fictional interpretations and lore associated with the Egyptian pyramids. We’ve seen them presented in video games, films, etc., sometimes embellished and sometimes shown faithfully. Whatever you may think you know about the pyramids, however, seeing them in person is an experience unlike any other. The pyramids are just a short distance from Cairo, such tat getting there is as straightforward as hopping on the No. 355 bus from the city. From there you’ll reach the very same spot where the pyramids were built some 4,600 yeas ago, and where they still stand today. As a bonus, you’ll also get to see the Sphinx – perhaps Egypt’s most famous monument aside from the pyramids themselves.

The Valley Of The Kings

We mentioned that the pyramids are sometimes interpreted in various animations and games, and one such game – the Treasure Nile online slot arcade – pitches itself with about as accurate a statement as one could make on ancient Egypt. Says the game’s description, the mysteries of the Egyptian pyramids are still being unraveled to this day. This is certainly true as stated – but it’s even more true of the Valley Of The Kings, the legendary burial ground near the city of Luxor. While many look at the pyramids as the tombs of great Egyptian pharaohs, many of the ancient nation’s mighty rulers were actually laid to rest in this more nondescript area. Indeed, just recently news was circulating that the 3,500-year-old tomb of a royal goldsmith had been unearthed!

The Temple Of Karnak

The Temple of Karnak is sometimes lumped in with the Valley Of The Kings as a single destination, and is also in close proximity to Luxor. “Temple” is also a somewhat misleading title, as this is more of an entire complex of temples and monuments – almost like a miniature town made of gigantic structures. Built by numerous successive Egyptian rulers, it’s like a visual symbol of one-upmanship among great, ancient figures. While it is not as striking in a postcard image or as notorious in history books, the complex is in ways almost as awe-inspiring as the pyramids.

The Abu Simbel Temples are a little bit out of the way compared to other noteworthy Egyptian attractions. Indeed, they’re so far south that they nearly border the Sudan, sitting on Lake Nasser just a short distance north of where it crosses the same border. But should you get the chance to visit them, you won’t be disappointed. These are massive sculpture-like structures built into large, cliff-like mounds rising out of flat surroundings. They were built by the legendary Ramesses II (or “Ramesses The Great”), who is also called Ozymandias in some historical accounts, and who is recognized as one of the more accomplished of the pharaohs.

It doesn’t always register among traditional Egyptian attractions, but we’re following the lead of a popular travel site in pointing it out. That site referred to Aswan as Egypt’s most tranquil town, set right on the Nile, where bright orange dunes make up much of the bank. You can ride a camel, take a ferry to Elephantine Island, or dine on a cruising restaurant. But best of all is simply to relax and gaze upon perhaps the most important river in the history of the world, and imagine what humans 3-and 4,000 years ago were up to in the very same spot.

Find me on social media 🙂 :

Hey there :), I’m a 32-year-old Polish girl, currently living in Canada. I’m a happy wife and a blessed mommy doing my very best to live life to the fullest 🙂 .
I have a master of Arts degree, majoring in socio-cultural animation and I’ve completed “Styling & Image-Making” and “Personal Image & Beauty Expert” courses.
Thank you for visiting! 🙂 : simpleula@hotmail.com

simple_ula
•
Follow
I got my love for pearls from my mama! ❤️Why? Pearls are the only gems created by a living creature. No two pearls are identical, which means that each gem carries a one-of-a-kind beauty, charm, as well as shape and size 🙂. My necklace, ring, earrings and ring are made from genuine freshwater pearls by @holzkernwatches - a brand of nature lovers from Austria 🙂. They’ve offered my followers 15% discount code: "ula15" that is valid till August 21st 💕.
View on Instagram |
1/9 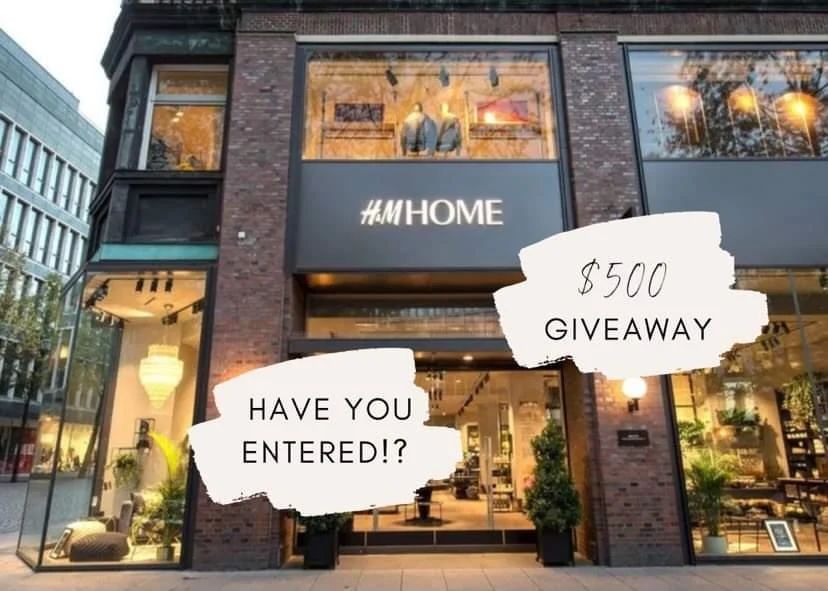 simple_ula
•
Follow
HAVE YOU ENTERED?! G I V E A W A Y $500 H&M End of Summer Shop Card ✨ Stock up on those end of season sale goodies! 👚🧥 To enter: ✨ 1• L I K E and S A V E this photo ✨2• Comment below if you’ll be shopping for Summer still or ready for Fall?! 🍂 ✨3•Head over to @canadian.mama.giveaways to complete your entry! ✨Best of luck ✨ Total value: $500 CAD C L O S E S Saturday August 14th at 8pm EST. w i n n e r will be announced August 17th and will have 24 hours to claim their p r i z e ! By entering you confirm you are 18+ years of age or older and release i n s t a g r a m of all responsibility and association. OPEN to Canadian folks. This event is not affiliated or associated with this social media platform or any other social media platforms. We have this one account and will NOT DM you or ask for any personal information from you! * #backtoschoolsale #backtoschoolgiveaway #canadianmom #hyggehome #outfitinspo #canadiangiveaway #backtoschoolshopping #endofsummersale #hmxme #hmhome #hmkids #hmsale #canadianmoms #hmwomen #hmootd #mystylediary
View on Instagram |
2/9 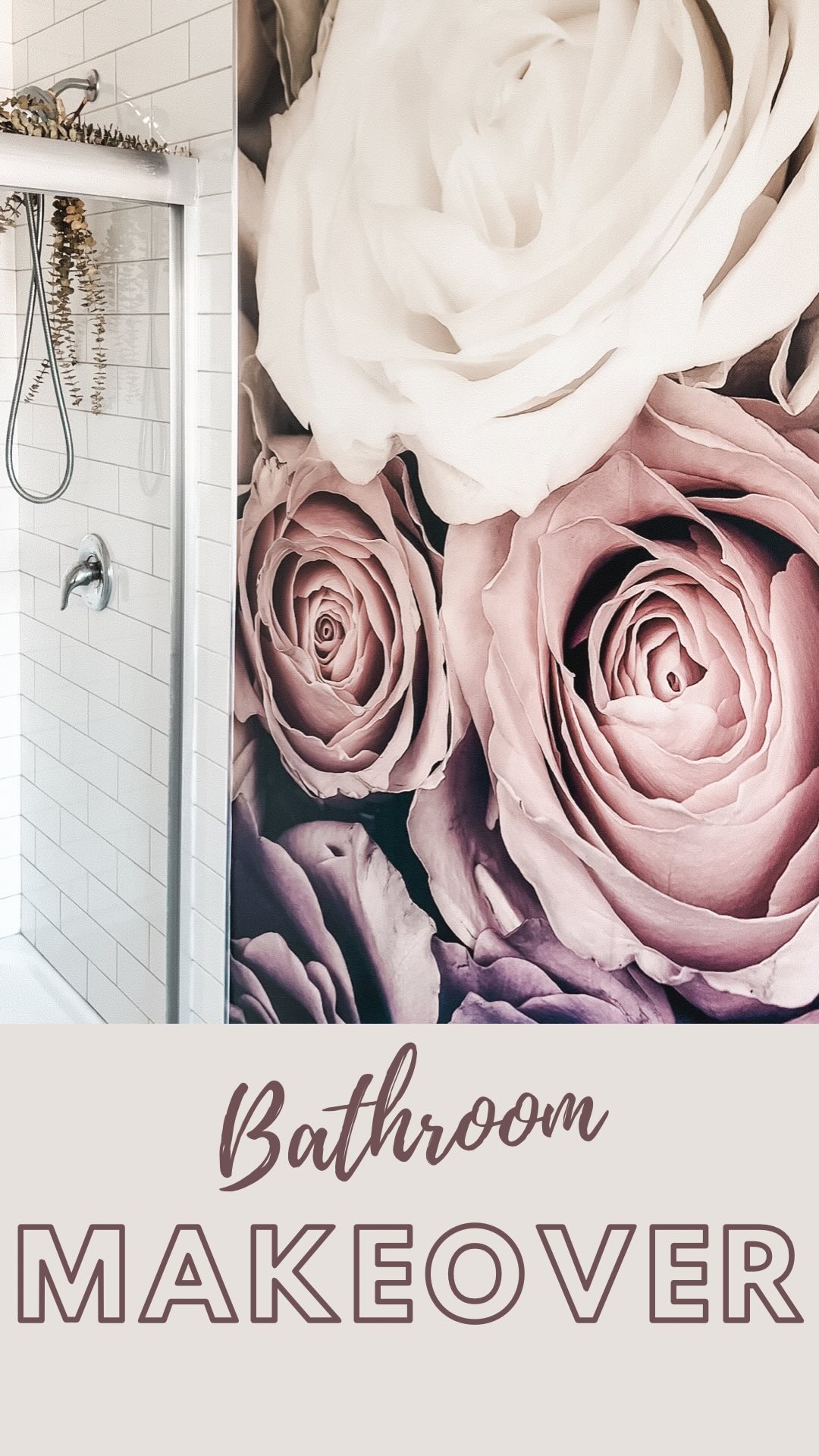 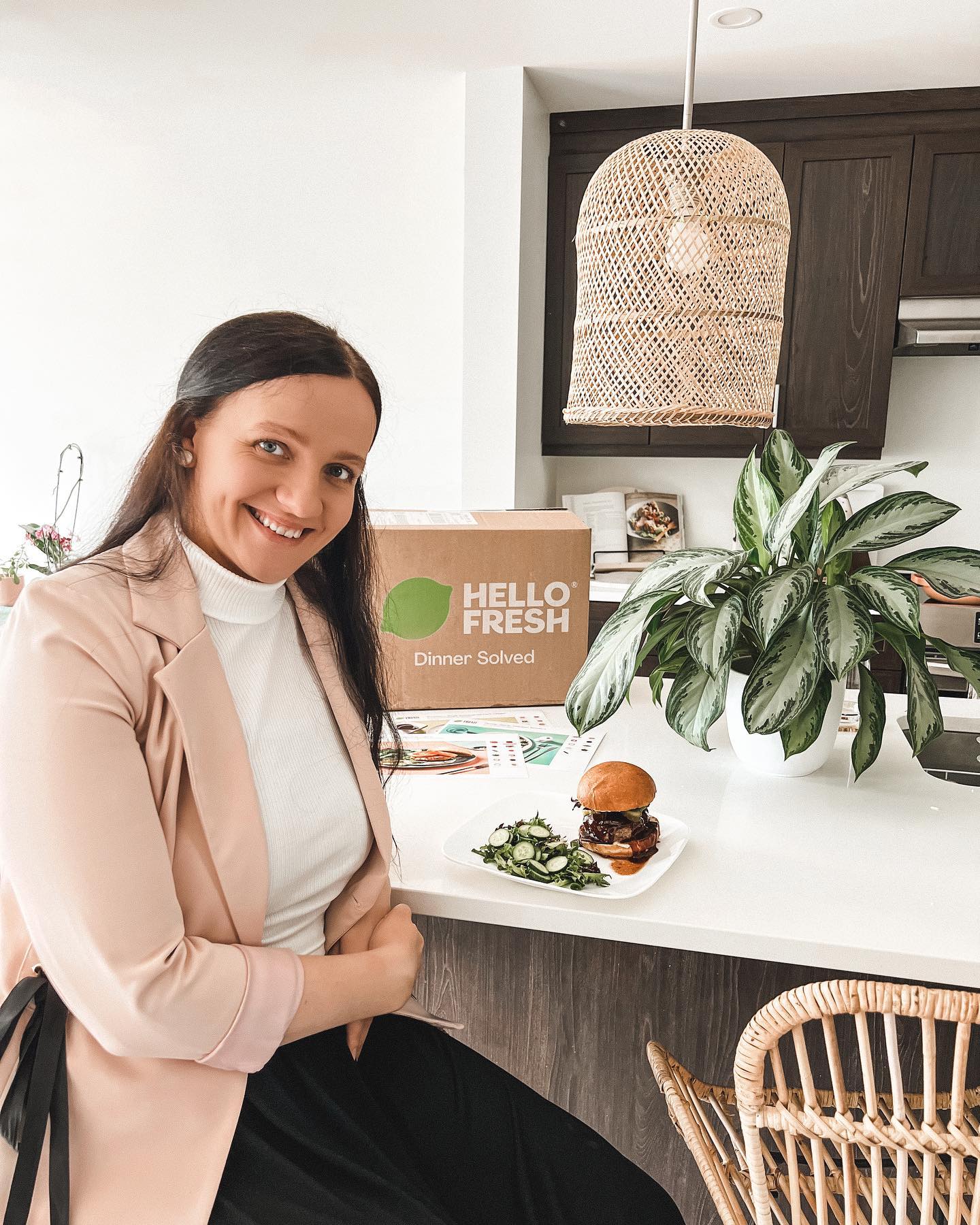 simple_ula
•
Follow
I really appreciate easy step-by-step recipes that are actually fun to cook, where I don’t need to spend my time researching recipes! @hellofreshca has just that and their meals are always delicious! 😋 Use my code “ULA20” to get up to 20 free meals plus free shipping! 💕 .ad.
View on Instagram |
4/9

simple_ula
•
Follow
G I F T A W A Y with @blushsilkspillowcases is closed! 🛏🥳 Congratulations to @mandyreimer !!! 🎊 Do you know what are the 7 benefits of sleeping on silk pillowcases? : * Wrinkle Prevention * Skin-Soothing Relief * A Cleaner Sleep * Hydrated Skin * Smoother, Healthier Hair * The Right Temperature * A Luxurious Feel No wonder my baby would only sleep on a silk pillowcase and no other - no joke! It makes us two and I don’t think we ever go back to cotton or linen! Now YOU have a chance to win silk pillowcase and a set of scrunchies from @blushsilkspillowcases ! 😃 All you have to do is: ✅ like this post ✅ follow me (@simple_ula) and @blushsilkspillowcases ✅ tag your friends (each comment/tag is an entry). More tags=more entries! Open to Canadian & US residents! 🇨🇦&🇺🇸 Giveaway ends on Wednesday, August 10th at 11:59 pm EST. Winner will be announced on Thursday, August 11th here and on my stories 🙂. You can also use the code: “Summer10” that will give you 10% off on their website: blushsilks.ca! Their cases are $5 off plus the additional 10%! If you’re like me, you’re also looking for Christmas gifts already so that’s a great steal! :) G O O D  L U C K!!! 💕
View on Instagram |
5/9 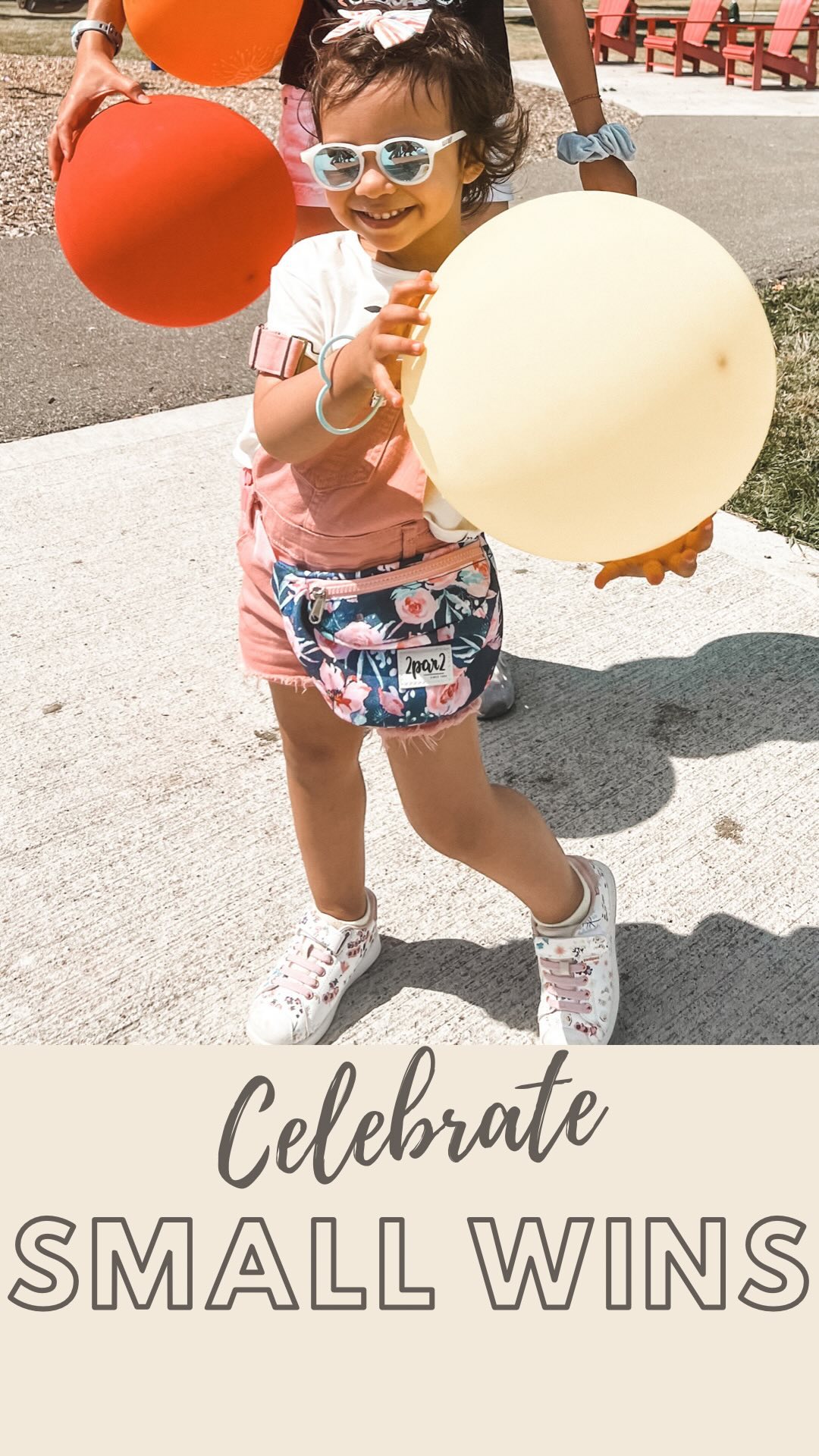 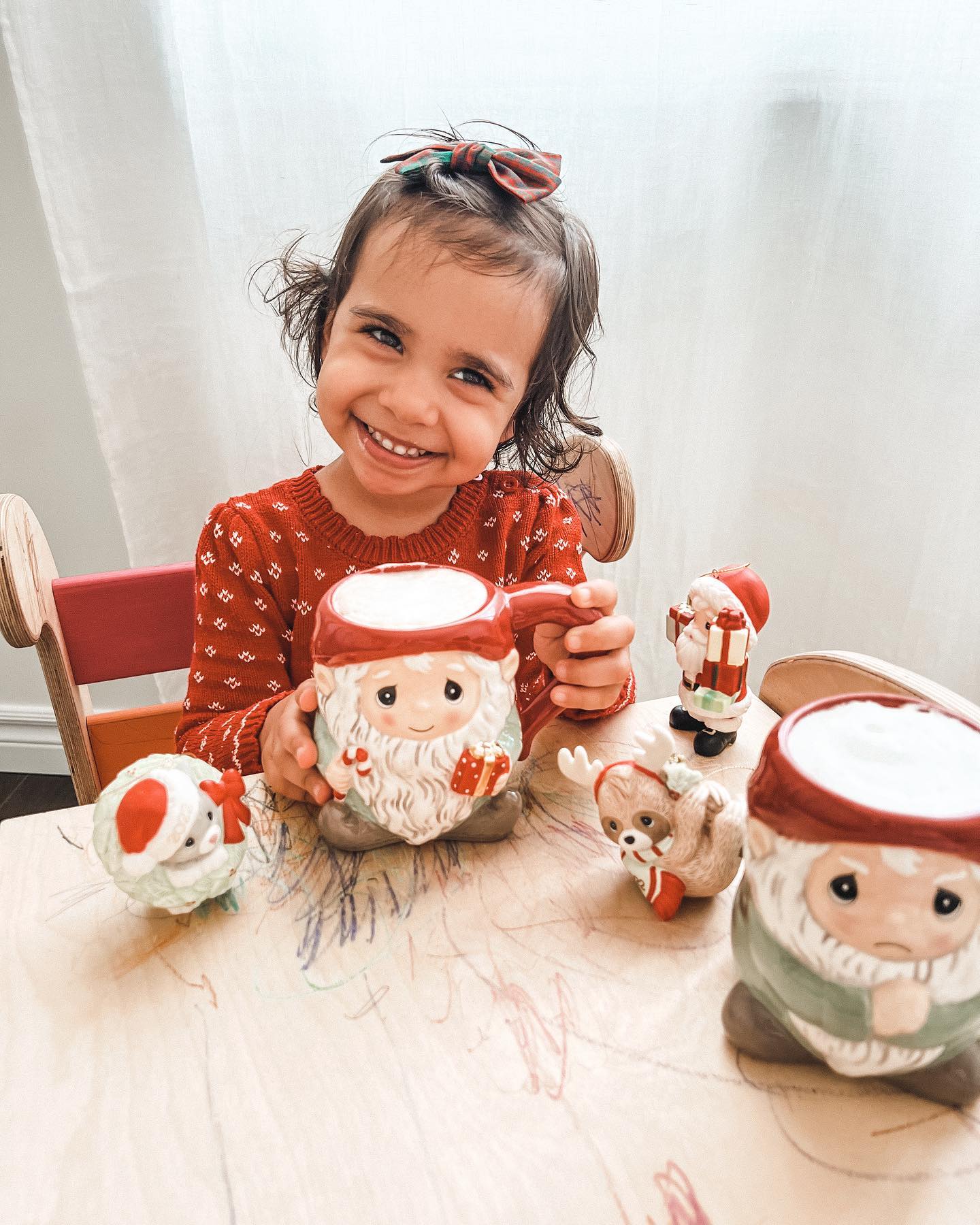 simple_ula
•
Follow
Lily chose the Gnice mug without hesitation so I guess I’m the Gnaughty one (and that is my mug on the right)! 😆 Happy Christmas in July if you’re celebrating! 🎄🎅
View on Instagram |
8/9 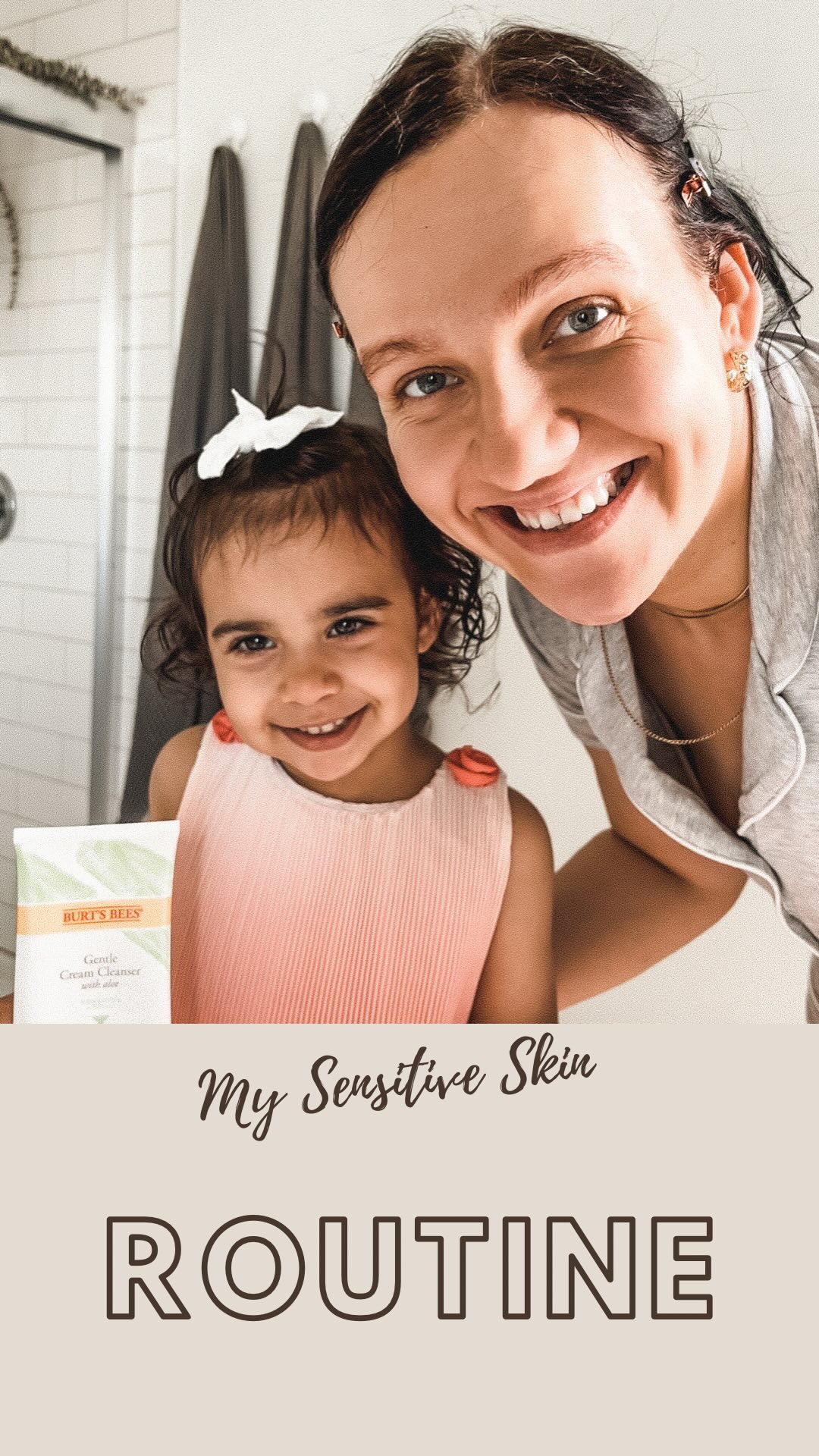 simple_ula
•
Follow
When I got pregnant, my skin became so much more sensitive and I had to make the switch to more natural alternatives for my skincare and beauty products. What I can say from my journey is that once you make that switch, you can’t go back! 🙂 Not only because of the natural ingredients, but also because of the effectiveness of these ingredients! All I need for my morning routine is the Sensitive Gentle Cream Cleanser and Sensitive Gentle Day Lotion from @burtsbeesca and I’m good to go to start my day and enjoy time with my daughter! 😀   These products are between 98.7% and 98.9% natural origin and help skin to feel stronger and less sensitive, and help with redness and irritation, when used daily as directed. I also love that Burt’s Bees is a conscious and sustainable brand (responsible sourcing of ingredients and raw materials, sustainable and recyclable packaging and CarbonNeutral® Certified!).   .a d. #BurtsBeesSensitive #burtsbeesca #canadianmom #canadianmoms #homeiscanada #canadianmama #canadianfamily #canadianlifestyle #canadianbaby #canadianlife #ottawabloggers #ottawamoms #ottawablogger #minimalisthome #skincareroutine #skincareregime #mommyanddaughter #mommyandmetime #mommyanddaughtergoals #mommyanddaughtertime . #fridaysmidsummer #3cheers4friday #vibedayfridayz #julyfridayls . #mysummerstyled #summerphotols #julyinstyles #mysweet_life #ideasformysquares
View on Instagram |
9/9
View on Instagram
Follow @simple_ula